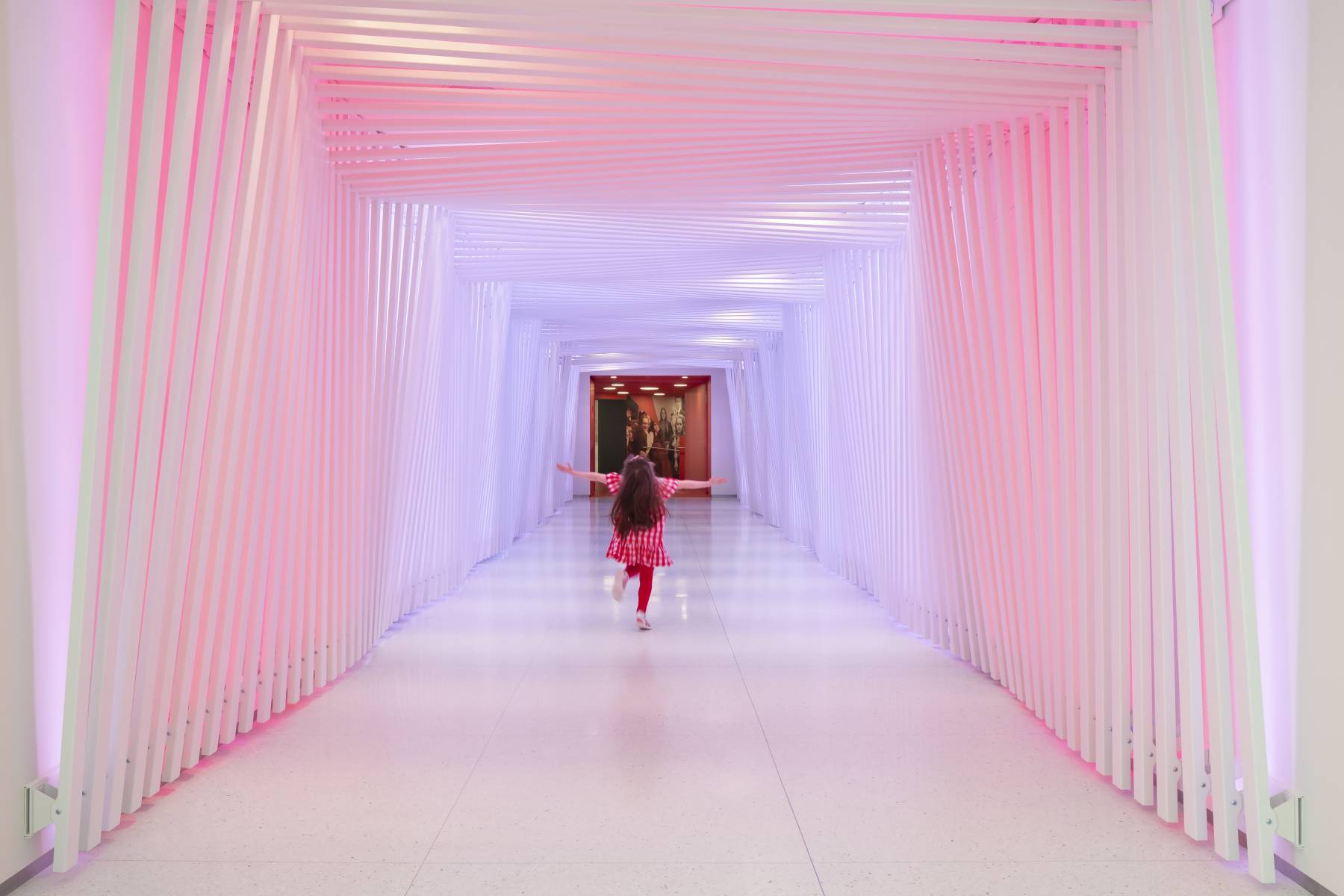 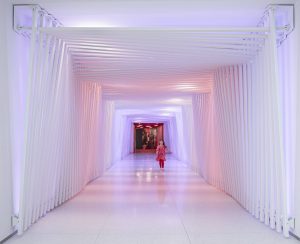 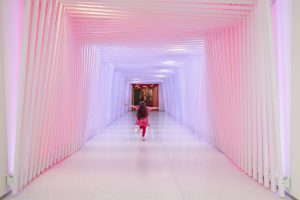 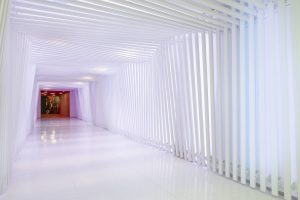 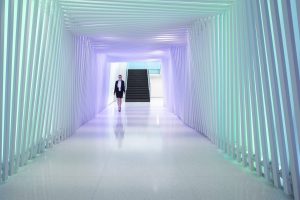 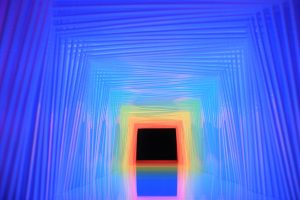 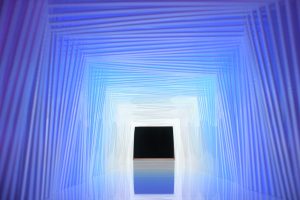 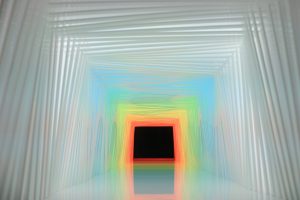 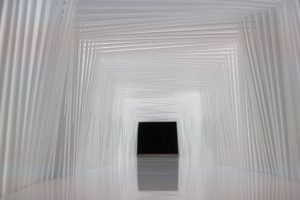 “This piece invokes the historical scientific research of Sir Isaac Newton on movement and light as pre-conditions for the Enlightenment, that great period of discovery and emancipation in the fields of science, art, philosophy, society, and politics. In its permanent location, the spectrum of light also refers to the array, or spectrum, of political ideas debated and expressed in the legislature of the Quebec National Assembly.”

LE SPECTRE DES LUMIÈRES (“The Spectrum of Enlightenment”) is a permanent interactive light and sound installation conceived for an underground passageway linking the Visitors’ Welcome Atrium of the Quebec National Assembly to the legislative building.

A structure consisting of 120 diagonal strips of RGB color light-emitting diodes (LED) covers the walls and ceiling of the space. The stark white painted aluminum structure forms the base of the piece, on which an undulating movement of LED lights proportional to the wavelengths of visible light from red (650nm) to violet (400nm) are activated. In its first mode, the space is illuminated with modulated neutral white light imitating the sonic variations of a light breeze in nature. The naturalistic sound of wind evokes both a familiar experience for the visitor, and a poetic sense of floating within the space, as if space-time were suspended between two worlds. As more bodily movement is detected in the space – through the use of movement-sensitive sound controls embedded in the ceiling – a succession of sound elements is unleashed in the space. The result is a synchronicity of movement within the space, the undulation of visible light, depending on how many visitors are in motion within the tunnel. At this moment, the responsive variations in lighting reveal the colors of the light spectrum as seen under the initial white wash.