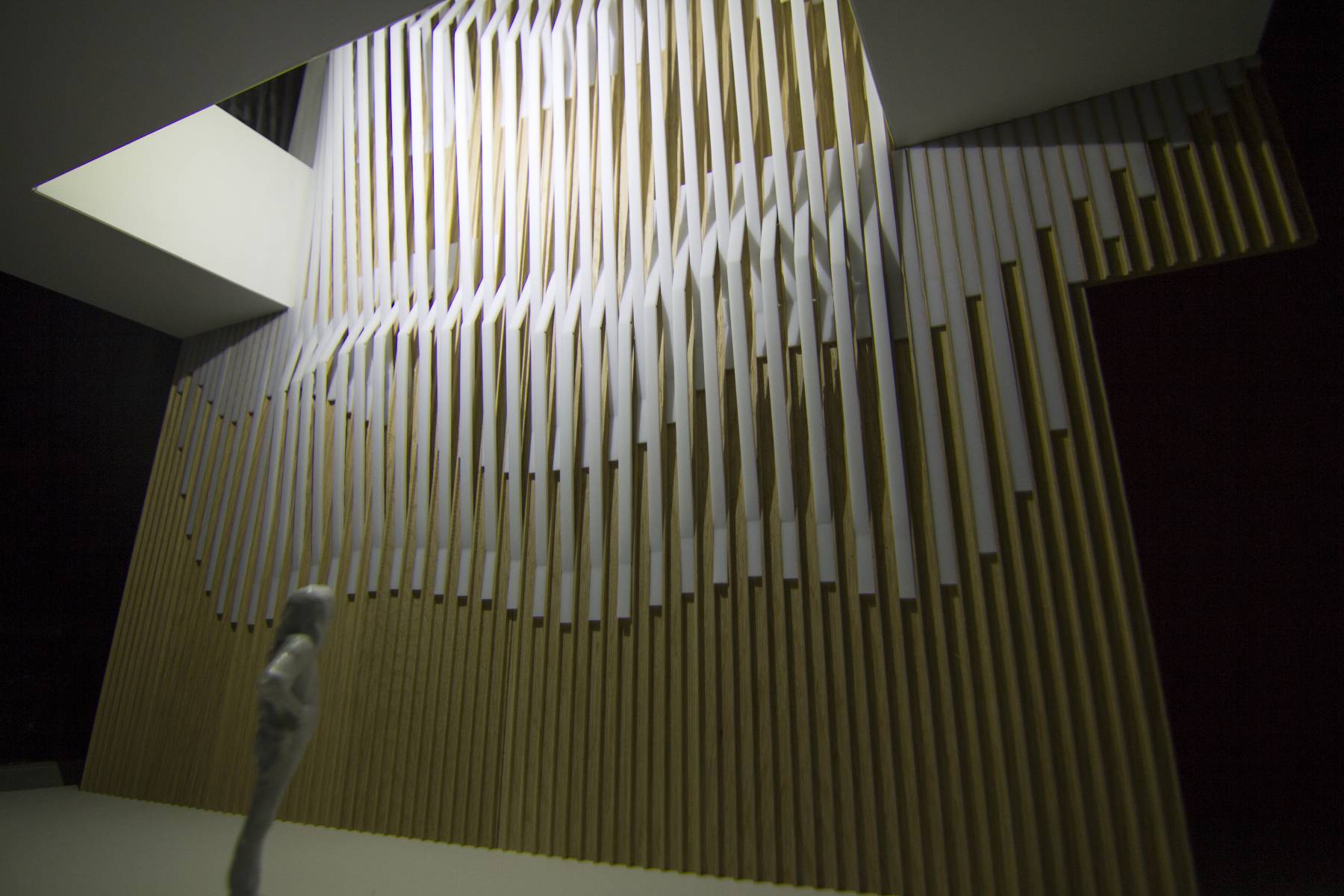 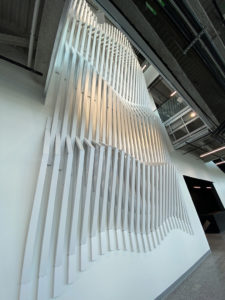 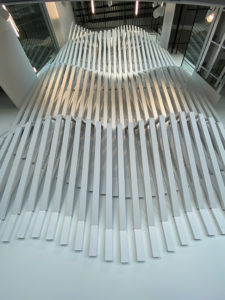 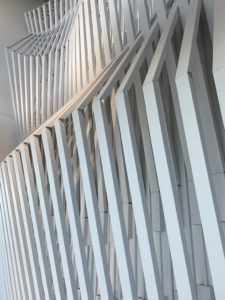 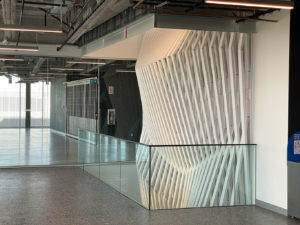 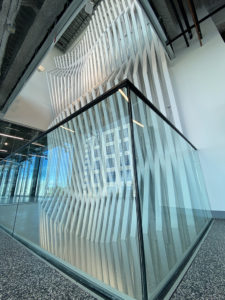 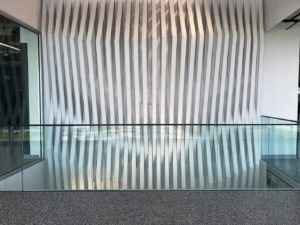 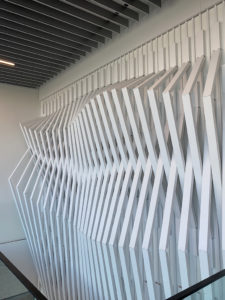 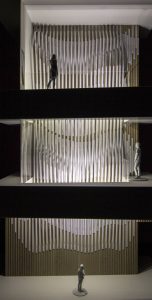 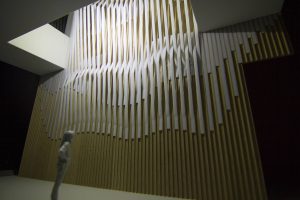 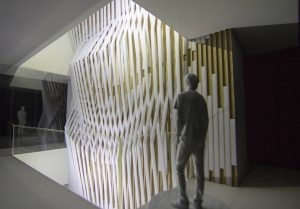 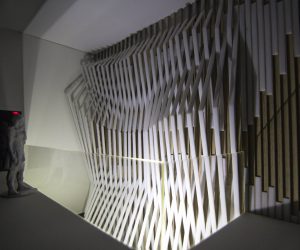 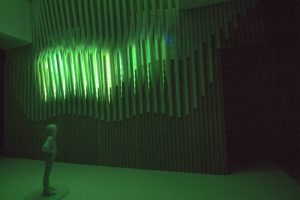 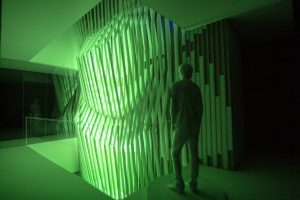 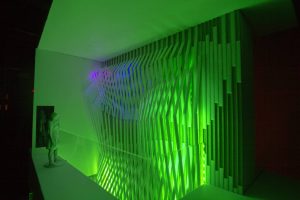 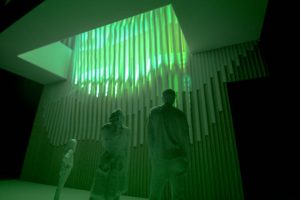 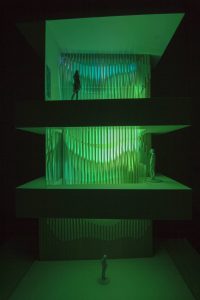 “It seems to me that in the North we’re seeing one of the final playings out of those two great dreams of man. Eldorado or Utopia. Both Eldorado and Utopia were always located in parts unknown.”  – The Idea of North – 1967

L’IDÉE DU NORD (The Idea of North) is an installation project that elicits an immersive and lyrical experience of northerliness. Movement is foregrounded in this piece through mutable luminescence that creates a welcoming, hypnotic environment for visitors. Behaving distinctly by day or night, this work is a large-scale statement piece congruent with the pre-existing architecture of the public building that houses it. Its purpose is to create a strong visual element that communicates with patrons of the Aréna Robert-Guertin and the Place de la Cité, in Gatineau.

The title is borrowed from that of the experimental radio documentary The Idea of North, produced by renowned Canadian pianist Glen Gould in 1967. Northerliness is the theme for his interviews with five explorers talking about their respective views on the Canadian North. To this primary material Gould applied his idiosyncratic multi-part sonic technique: editing the recorded conversations in an overlapping montage such that the result is a hybrid of conversational and musical modes. Inspired equally by northerliness as by “contrapuntal radio” (Gould’s own term for this documentary aesthetic), I applied his method to the formal and sensory design for L’Idée Du Nord.