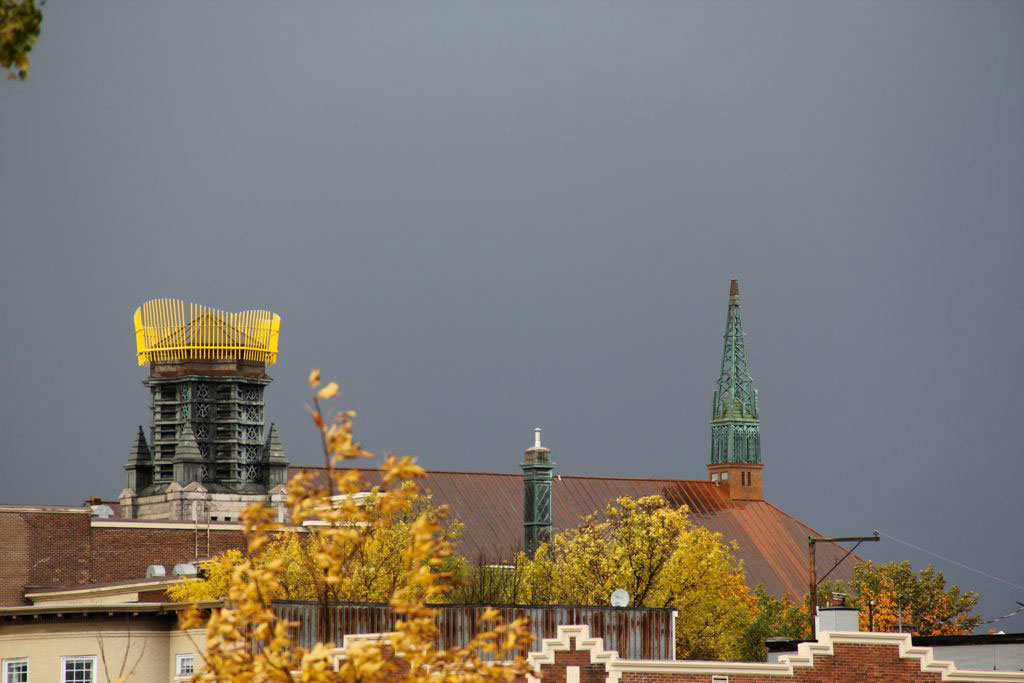 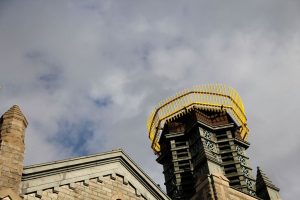 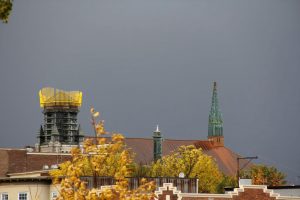 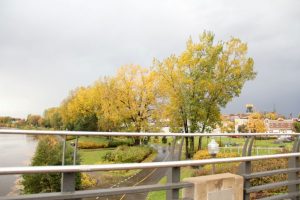 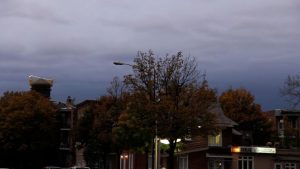 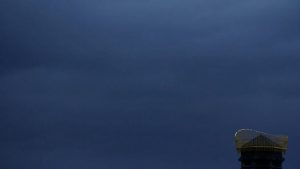 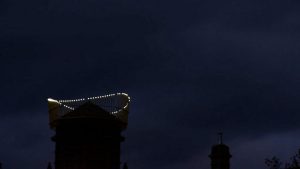 ” ORGANICUS is an interactive public artwork commissioned by the École de cirque de Québec, located in the former Saint Esprit Church in Quebec City’s Limoilou neighbourhood. The installation takes the shape of a golden-hued crown placed atop the bell tower of the former church, with pieces resembling an organ – that great instrument so strongly associated with churches ”

As night falls, the installation is lit in a seemingly random pattern – alternating between linearity and rhythmic pulsing – while it is not random at all: the pattern is proportional to the speed and direction of the wind as registered at the top of the steeple. While referencing the building’s history and original use, Organicus celebrates the natural movement of bodies – human and environmental – that the circus arts emulate. Not unlike an urban lighthouse, the piece has become a fixture in the Quebec City skyline.